I was waiting for my cue, but something was wrong. I couldn’t hear the music. The horses shifted under me, eager to run into the darkened tent. The tent shouldn’t be dark. The show didn’t go that way—or had I missed my part? Where was the music? Without waiting, the horses surged forward, charging into the darkened ring. Suddenly Balleck was there, spinning his burning poi. He smiled broadly, offering me his hand. I took it, stepping into the light as if I wasn’t standing on galloping horses. He spun me into a dance, the poi spinning around us, and then spinning away from us to become the glass tree in the Market Square in Gillenwater. We danced alone, without music, without other people…and he pulled me close for a kiss.

But something was wrong.

A woman’s voice slipped through the darkness. Hess?

I was falling, the roar of a waterfall and the crush of water tore us apart. The water turned to fire, and I was running. I couldn’t breathe, couldn’t see through the darkness and flame. I could sense her, though. I could feel the weight of the Nether Queen’s presence—of that thing she worshiped—it was hunting me and I ran, walled in by flames. I would die here. I would drown in fire.

I slowly became aware of my body, someone was shaking my shoulders. I still had a body, that was good. Probably not dead, then.

I was laying on something cushioned and velvety, my head propped on something stiffer than a bed pillow. A couch? Was I back in the king’s chambers again? My head was pounding as I tried to sort through the mud and find something firm.

The voice was commanding, and a hand slapped my face.

I forced my eyes to open. My vision swam, and I grabbed my head immediately, stifling a moan. I felt like I was going to be sick. I closed my eyes again, and only reopened them once I’d convinced my stomach to reconsider its plans. The walls were creamy, and the drapes were navy blue. I saw a bed draped in a burgundy coverlet. This was not one of the King’s personal chambers. It wasn’t any part of Khattmali’s chambers that I’d seen, either.

And I was alone.

What in Serrifis? Who had awakened me? Where was I? I struggled to breathe deeply. To calm the roaring of my blood. Slowly, carefully, I pushed myself into a sitting position. My shoulders hunched, as if they could protect my head from the awful pounding. I looked around, trying to ascertain if my other senses were right. How was I alone?

I took some more deep breathes and gathered my strength to rise. I wouldn’t have called myself tall, but suddenly my full height felt so very far from the ground. My stomach reeled. I covered my mouth with one hand and took a step forward.

There is a washroom through that door to the right.

My spine tingled. I looked to my right and saw another door.

Cautiously, I walked to the door and put my free hand on it. I had the sense to put my ear to it and listen before pushing it open. It was, in fact, a washroom. I went to the sink and turned on the water, allowing it to run over my wrists, and splashing it on my face. After a few moments of indecision, my stomach twisted and I retched into the sink. I thought I felt a comforting hand on my back as I gave the meager contents of my stomach back to the world, but I felt too awful to care about the impossibility. I’d been poisoned, Eloi only knew what it was doing to my senses.

At last, the nausea finished, leaving me weak and sweating. My cheeks were wet with tears. My ribs ached from the effort of heaving. The water was still running and had washed the bile away. I splashed more water on my face. My head still hurt, yet my vision was clear, and I could move more easily. Finding a towel, I dried my face and inspected myself in the long mirror beside the sink. My long skirts and embroidered bodice were wrinkled, and even in the dim light I could see that I was pale as death. Otherwise…I looked unscathed. I checked, and my stiletto was still in my bodice. Brushing at the wrinkles out of habit, I cautiously stepped back into the room where I’d awoken.

“Are you still there?” I whispered to the empty bedroom, feeling ridiculous.

The voice in my head didn’t answer. No invisible hands touched me in response.

I didn’t want to push it. Not when there were still voices behind that other door. Perhaps my waker had been a figment of the poison. Though, that seemed insufficient. Since when did poison provide helpful hallucinations? That wasn’t important at the moment: I needed to find out where I was, and why. I went to the window and looked out: Gardens, barren from winter, a few levels below me. To the side, I could see the undulating gray walls of the palace. So, I was still in the palace. Good. I crept across the room toward the door by the lit lamp. Light streamed from the other side. Stopping, I laid my fingertips and then my ear to the door to listen.

“It’s not a difficult task, darling.” Khattmali’s voice was lazy. “Why do you look so put out?”

“Your grace,” a man’s voice. Bel’s voice. My lips curled in a snarl. “I am merely hurt that you felt the need to drug the girl. I could have seduced her.”

“That may be true, but I don’t have time for uncertainty.” Khattmali paused, then continued with an edge to her voice, “Today, dozens of courtiers saw the King’s mistress in the arms of another man. By tonight, the rumors will be all over the palace and the King himself will have heard. When she is not there to answer his call, he may move on—or at worst send men looking for her. You should be able to get her out of the palace tonight, but if not, he’ll still find her with you.”

“And what if she tells him that she was drugged, and he believes her?” Bel’s voice was laced with tension. He really was upset.

“She will only be out another hour or so, you should have time to address her feelings.” A pause, “There will be no evidence that she was drugged if he investigates—and even if he does, somehow, believe her anyway, I will protect you. The king has no stomach for violence.”

Silence. I doubted that Bel was convinced.

I had to strain to hear Khattmali purr, “You did excellently today. I was watching you.”

“Were you?” Bel was smooth as honey, “Enthralled by my charms?”

“Belledi,” She laughed softly. I wanted to throw up again. “I will remember you, when I am queen.” She sounded like she was moving away—toward the chamber exit?

“How long should I keep her? If the King doesn’t look for her?”

“As long as you like, darling. It makes no difference to me.” Her voice was careless, self-assured, even bored. She truly didn’t care. She believed I was a merchant’s daughter, and she’d just given me to one of her pets to be used however he saw fit. This was better than being found out and handed over to her Queen, but anger began to burn inside me. 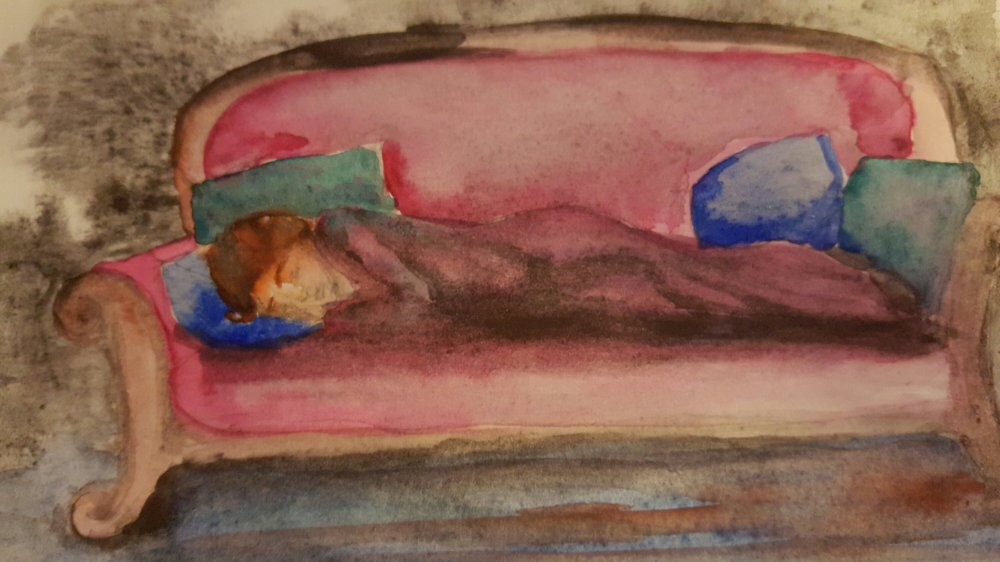