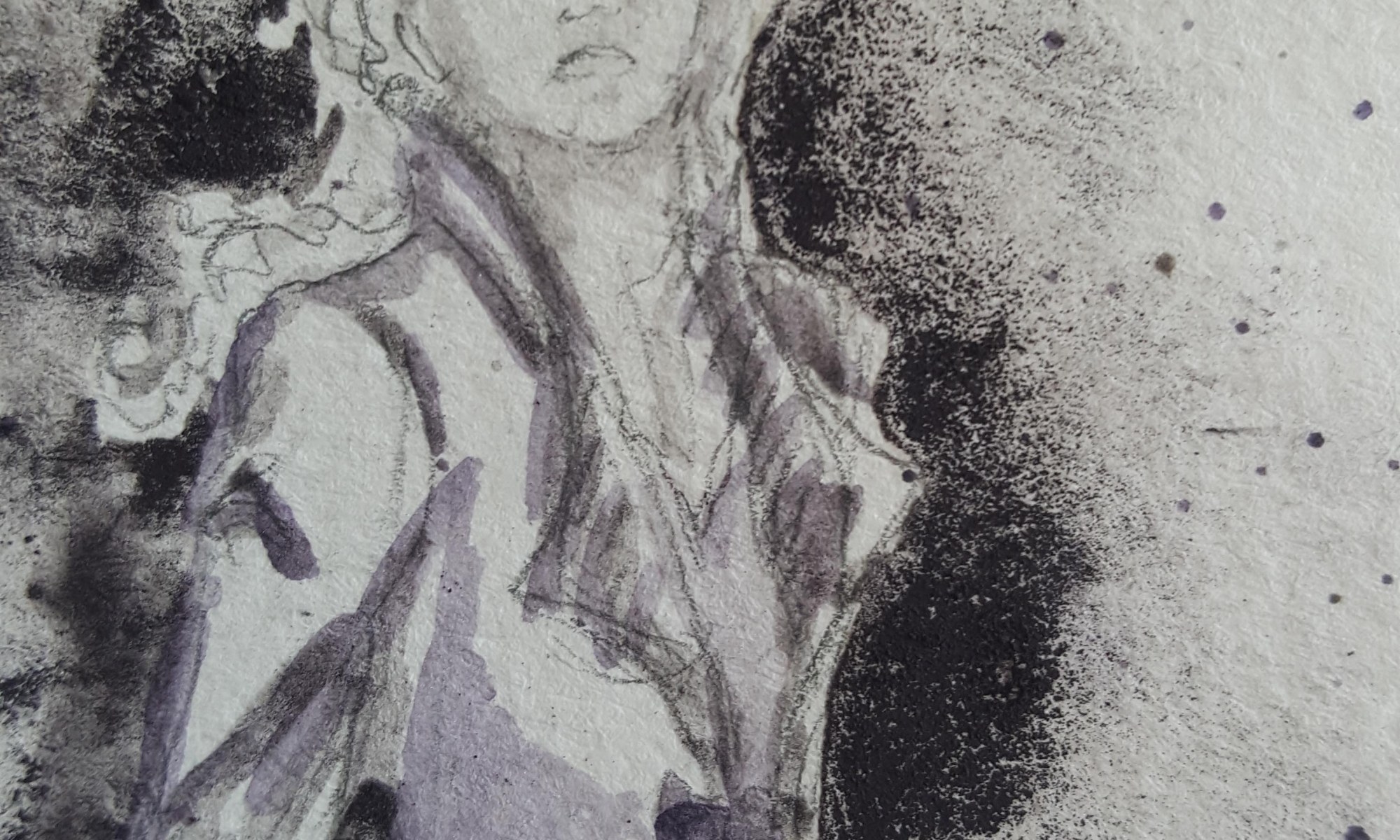 There was nowhere in the room to easily stash a man—perhaps by design—but we were professionals. Quill managed to shimmy under the bed and I rumpled the bedclothes so they spilled over the side and hid him. Karolya gave the rumpled bed only a glance before going to the wardrobe and pulling out the gown that was dark and luminous as a good red wine.

“Just one more night after this and then she’ll be married,” said Karolya with a sigh. “Of course, then we’ll have another week of celebrations, but the deed will be done and it will just be parties. No point in killing anyone anymore. Everyone will be more relaxed.”

I looked at Karolya sideways. Another week of this after the wedding? I wasn’t sure I could take that. I shot a glare at the bed.

Karolya spread the dress on the bed, then turned to face me. “Let’s get you dressed first, then I’ll deal with your hair.”

Ignoring the man under the bed, I stripped off the plain clothes down to my second skin and pulled the under gown over my damp head. Karolya helped me slip into the red over gown and laced up the back. It was light and exquisitely tailored. Embroidery swept down the bodice into the deceptively slim skirts that swirled like the froth of waves when I moved. Long silk sleeves and a neckline that swept straight from one shoulder to the other…it was a delicious dress. I wrinkled my nose. “This one isn’t worn with a jacket, is it?”

Karolya shook her head. “No, it’s just like this.”

“That makes hiding knives harder,” I sighed. “But not impossible.”

Karolya made an effort not to gape at me. “Yes…I…Imagine it would.” She gestured to the desk. “Sit, I’ll fix your hair.”

When Karolya left, my face was painted white as egg shells, my eyes bright with kohl, and lips the color of blood. The headdress that completely covered my hair—pinned into tight submission—was beaded and had little dangling glass baubles that clacked in an extremely annoying way. I didn’t recognize myself in the mirror.

I hiked up the frothy skirts and buckled the thinnest knife belt I owned around my waist and then secured the thigh sheaths from it. The line of the belt was barely obscured under the texture of the dress and my knives wouldn’t be easily accessible. Shiharr and Azzad would have to sit the night out, entirely. This didn’t please me, but was why I owned lots of knives.

I was putting on silk slippers that matched the gown when I remembered that Quill was still under the bed. “Quill?” I turned to the shambled bedding. “Karolya is gone, you can come out.”

There was no answer.

Bending down, I pushed aside the blankets and peered into the darkness under the bed. The glass beads slid in a waterfall of sound and Quill jerked, banging his head against the slats of the bed.

“Were you asleep?” I asked, amused. I could just make out the glittering narrow look he shot me, one hand caressing his head.

“I haven’t had much chance lately,” he rasped, scooting toward me.

I moved back, allowing him the space to escape the confines of his hiding spot. He stood slowly, stiff from the floor. I evaluated him as he dusted himself off and shook out his coat which he’d been using as a pillow. The shadows were deeper under his eyes, now that I looked. “Are you spending all night combing the underworld with Ayglos after spending all day in court?”

He gave me an odd look, “Ayglos doesn’t need my help working the underworld. Especially not with Jemin there to help him. That man is a changeling.”

I nodded agreement, beads rattling. “True enough. So, what’s your excuse then? You’re not sleeping in a marked person’s bed, too?”

His expression grew stranger and I realized belatedly all the possible meanings of my phrasing. I blushed.

I didn’t answer. I guess I hadn’t told him I was taking the Countess’s place on her pillow.

Quill cursed under his breath. “Eloi, Zare, I will definitely not sleep now.”

“Were you sleeping before?” I asked, something like foreboding stirring inside.

“I…” he turned away from me, rubbing his hand over his face.

I straightened the blankets on the bed just to have something to do.

“What do you mean? That I’m the only one of your associates committed enough to trade places with a woman entirely unequipped to deal with someone trying to kill her? I hardly think that’s true. Both Eliah and Athrynel would, and I’m sure you’ve met other female mercenaries who’d help a woman who needed it.”

He sighed, his shoulders sagging. “Since we left Wuhnravinwel I’ve been having dreams. Nightmares. They are different each night, sometimes the knife comes from behind, sometimes above. Sometimes from the side. Always a knife. Always…at someone who turns out to be you.”

I felt a little ill. “Is that why you almost killed me when I woke you the night the Countess was kidnapped?”

“I almost caught the attacker,” he said.

Dreams. “In my dreams I can’t reach my knife,” I forced the words out, even though I had a weird desire to hide them from Quill. He didn’t need to be haunted by my possibly completely nymphish nightmares. “And…I feel betrayed…but it’s always by a gigantic Narya Magnifique,” I added, shrugging as if he could see me, “I sleep lightly.”

He turned back to me, looking troubled. “I don’t dream often. Not like this.”

“My dreams could mean anything or nothing.” I shrugged again. “I’m armed, I’m already paranoid, and Fornern knows I’m also reasonably good with my bare hands. You know that, too, Quill.”

His lips twitched. I scowled at him.

“Well,” he flipped his coat over his shoulder, “I probably won’t sleep again till this is over. But I also need to get ready for tonight’s festivities.”

“And I told Karolya I would be right behind her.”

Quill nodded and moved toward the door, he stopped before opening it, lifting his hand to brush his fingers against the spot where my face had been bruised. He stopped short of his mark and withdrew his hand regretfully. I remembered that my face was entirely painted white. I wanted to tell him to be careful, and to not worry about me. And, I needed to talk to him about—”Quill.”

He paused, hand on the door, looking back.

“Hadella is the Countess’s sister.”

His brow furrowed. “What?”

“The leanyodi I told you about—who hates the treaty and is very involved in the wedding—Hadella. She’s the Countess’s sister.”

He stared at me, “No one told me there were two Wuhn.”

His chin dipped, brows furrowed, “And who inherits?”